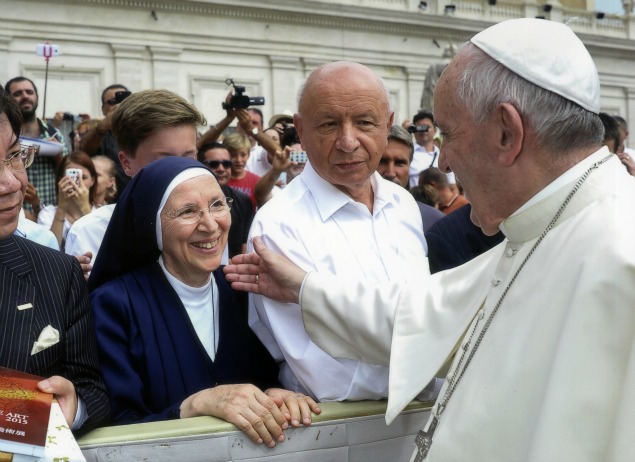 2015, the year chosen by the Vatican to hold a Synod on the theme of the family. That same year, Mother Pierre Anne Mandato published her book “Hardship does not destroy love”, a disconcerting testimony which tells the story of an exceptional woman who has kept her family united despite painful hardships.

In the summer of 2015, Mother Pierre Anne decides to send to Pope Francis a version in Italian of her work and expresses the wish to be received in an audience. Her wish is granted, and, in September, in the company of several members of her family, she met the Pope in a public audience and he took time to converse with her and give her his hand.